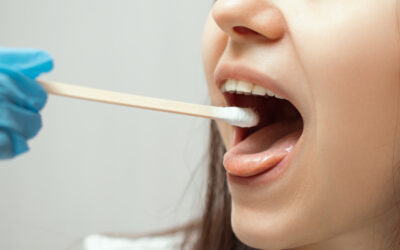 Dr. Walter Siqueira knows your spit says a lot about you.
The University of Saskatchewan dental professor will help analyze spit samples from thousands of Canadians as part of a massive survey he hopes will lead to new understandings on the relationship between dental care, nutrition, socioeconomic status and countless other factors.

“This can serve as solid data for several other studies in terms of periodontal disease, tooth decay, oral cancer, different kinds of crowns and breaches,” he explained. “We are targeting several ideas to provide a foundation to learn what is in the mouth of the Canadian population.”

Siqueira is one of the researchers on a $3.3 million, three-year study funded by the Canadian Institutes of Health Research to get a snapshot of the oral health of Canadians. Seventeen testing sites across the country will collect sputum samples and conduct oral exams on volunteers. The program is a collaboration with Statistics Canada’s Canadian Health Measures Survey. Siqueira’s hope is that it empowers politicians, policy makers and dentists to ask tougher questions about the country’s oral health, something he said is frequently overlooked.

“You cannot disconnect your mouth from the rest of your body,” Siqueira said.

The partnership spans all 10 dental schools in the country and Siqueira expects it will involve between 7,000 and 8,000 people between the ages of one and 79. Saliva samples from those participants will be sent to his lab at the University of Saskatchewan, where researchers are looking to saliva to unlock secrets about everything from how much fluoride is in your mouth to whether you have COVID-19.

Siqueira, president of the Canadian Association for Dental Research, says such a study has not been done for 13 years. It was originally slated to begin in summer 2020 but was postponed because of the COVID-19 pandemic. Barring another surge in cases, Siqueira now hopes it will start sometime in early 2022.

He believes the combination of medical and demographic data will likely reveal some unpleasant truths about Canadians’ access to professionals who care for their teeth, gums and the rest of their mouth.

Dentistry is not covered under the Canada Health Act, and the Canadian Institutes of Health Research reported in 2015 that nearly 96 per cent of dental payments in Canada were made under private third-party insurance plans. In 2020, the same organization put the per capita cost of insurance at $443. In 2019, Statistics Canada’s Canadian Community Health Survey estimated more than one in five Canadians had avoided going to the dentist at least once because of the associated cost.

“Our hypothesis is that in spite of dentistry evolving in terms of new technologies like dental implants and new ways of orthodontic treatment, because of the cost of this treatment, the Canadian population is not getting access,” Siqueira said.

“In spite of all the advances that have happened with dentistry, because of issues like socio-economic situations, Canadians are not able to have access to that,” Siqueira said. “This study can prove that.”